This work of surrealist fiction is a conversation between two pieces of sea glass that eventually become earrings: there is a green tint to this thoughtful piece that layers feelings of being underwater with being nostalgic. A beautiful vehicle for thinking on what it means to be and then to be had: playing out in pubs, on oceans floors and shorelines.

First earring: First we were bottles, green and thick, filled with beer for drinking. We touched mouths, beer running from cool bottle to wet lip to dark throat, and we touched hands as we were lifted and put down again. Music was in the air around us. Cries of conversation were like cries of wild birds (we could hear those too, somewhere in the backs of our consciousnesses, somewhere over the hum of pub music, somewhere through the smoke and blurry lighting).

Second earring: Later, we really did hear the cries of wild birds. We were fragmented, thrown to sea, shattered, all in pieces. We sunk in blue waves, grey waves, black waves. Sea froth shimmered (shimmered?) on the surface of the water, waved at us with white hands. As we fell, we saw the bellies of fish, the slick slinking of squids, the clutching fingers of seaweed (come here, come here, it called to us, beckoning), the occasional twist of dolphin.

First earring: Sometimes the dolphins would whistle at us, squeak at us, click and grunt and moan. We continued to fall, looking up into the green water lit by the surface sun.

Second earring: Once I was nosed by a dolphin, a friendly one, who jostled me up in the water and spun bubbles around me, around my green body. I was larger then, had yet to feel the full force of the sea’s tongue, of the tides, of the clutch and rub of sand.

First earring: We fell for a long time, we fell for forever. The sea held us as we fell, rocking us in its currents, whispering sea sounds in our ears. Sometimes everything around us was green, light-filled; at other times, we could barely see, were barely aware that we were falling. One of my strongest memories is seeing streams of bubbles before me, and feeling gentle about the world. I also saw a fight between two octopuses, watched how they advanced and retreated, until the smaller one shot off into the distance. I imagined how it would feel to shoot off, to propel myself somewhere, but stayed drifting, drifting downwards.

Second earring: I was there, though, I was there like an otter holding paws with another otter.

First earring: You were there.

Second earring: Those were the still days.

First earring: Yes, those were the still days, the days of drifting. There were other days, days that came later. Days of tumbling and roaring, rolling and rollicking, bouncing and breathlessness. Days of being hurled to shore, of being unsure, and then un-shore, as the sea’s foamy edges claimed us again. Days of being devoured by the sea’s belly, and spat back out again. Days of surfing in the churning washing machine of the sea. How noisy it was!

First earring: Those were the calm days.

Second earring: Yes, those were the calm days.

First earrings: And then that fatal day, with the woman, with the dog, with the seagulls screaming in the air. We heard her footsteps on the beach (THUD THUD THUD THUD, she stepped) and we heard her dog (SNIFF BARK BARK BARK, went the dog) and we heard the seagulls’ everlasting cries. We felt the dog approach, felt the water in our pool tremble at the touch of a paw. And then we saw large hands lean in from above, felt them place themselves under us, scoop, and –

Second earring: and lift us – up! – into the currents of air –

First earring: and up to her eyes, which inspected us, and she ran her fingers over us, and then slipped us lightly into her pocket –

First earring: and then we were moving

First earring: and then we were – 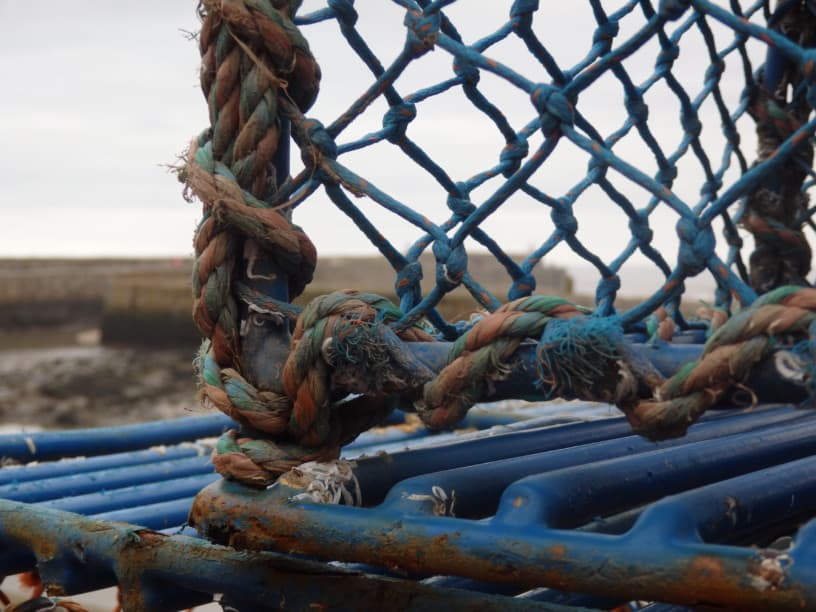 There were other days, days that came later. Days of tumbling and roaring, rolling and rollicking, bouncing and breathlessness.

← Dementia, Do your Worst Boys; or Oysters →

is a poet, editor, and critic. Her writing has appeared in the TLS, The London Magazine, Eborakon, The North, Coast to Coast to Coast, Time Present, New Welsh Review, and elsewhere. She is Reviews Editor for The Compass and an AHRC-funded doctoral student at Durham University in the UK.