The Secret to Writing Well

24
January, 2020
Marcus Medford, Blog Correspondent
Marcus Medford is a poet, freelance journalist, editor and UTSC alumnus. His writing has appeared in New Canadian Media, ByBlacks.com, Grounders Magazine and three anthologies. Marcus is also the author of the collection of poems Book of Mars.

They say music alters moods and talks to you. Well, Eminem did.

Em’s “Sing for the Moment,” for example, tells us that music, and art more generally, strongly influences people’s lives. Art demands us to feel and to think; sometimes we experience exactly what the artist intended, and sometimes we end up with thoughts and feelings of our own, unrelated to the artist’s intent. In the song, Em talks about how music can influence the way people talk and dress, it can inspire them to pursue certain careers and it can lead them to find or embrace different aspects of their personality.

Ernest Hemingway said that not only did pieces of artwork inspire him, they also helped improve his writing. In his memoir, A Moveable Feast, Hemingway recalls an apprenticeship he took on in Paris during the 1920s and how he’d study Paul Cézanne’s painting every day at the museum. “I was learning something from the painting of Cézanne that made writing simple true sentences far from enough to make the stories have the dimensions that I was trying to put in them,” he recalled. “I was learning very much from him but I was not articulate enough to explain it to anyone. Besides, it was a secret.”

There’s a whole genre of poetry dedicated to describing pieces of art, especially paintings, called ekphrastic poems. An ekphrastic poem is a vivid description of a scene or work of art. Some ekphrastic poems reflect on or narrate the “action” taking place in a painting, scene, or sculpture, while others describe a work’s physical qualities. Through an ekphrastic poem, the poet can amplify and expand on the meaning of the artwork. 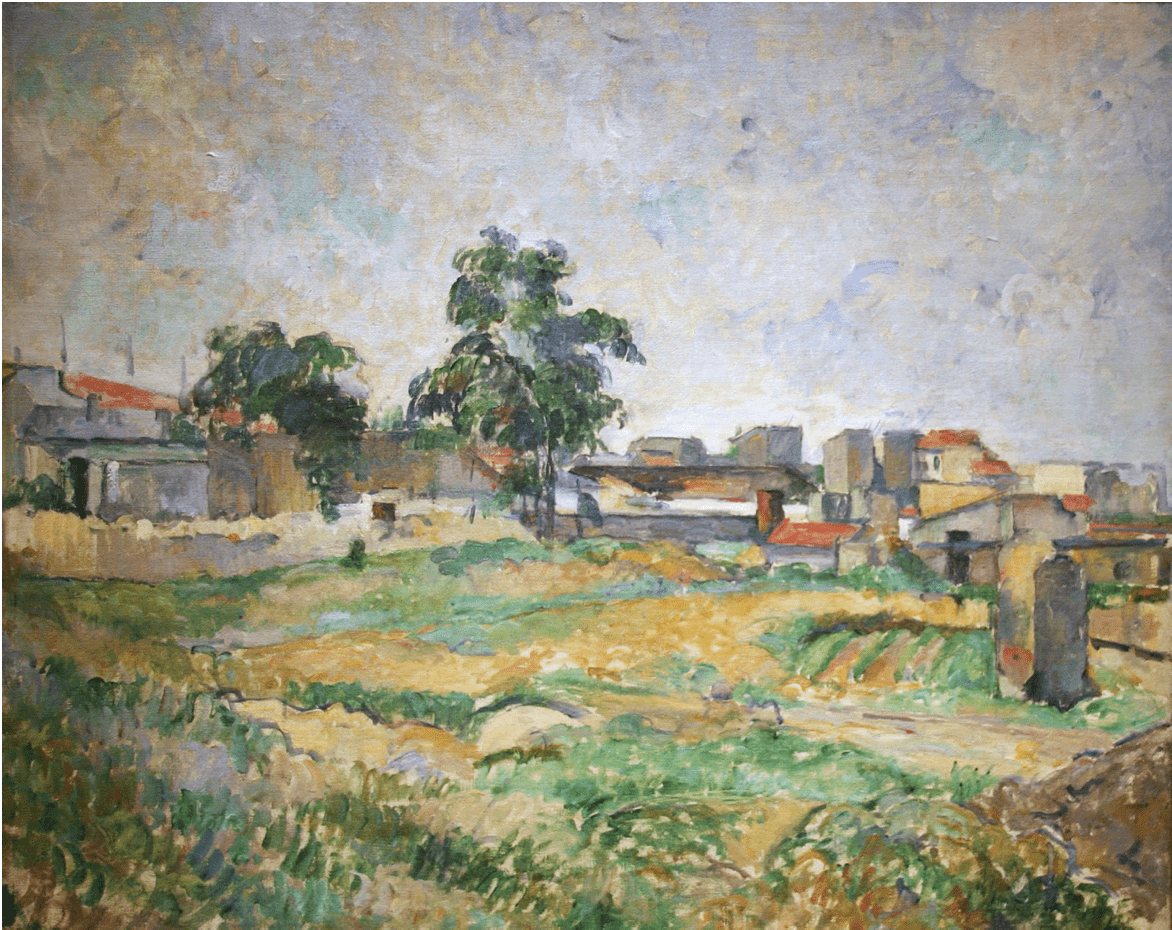 Hemingway said that he wanted to write as Cézanne painted. In a deleted section of his short story “Big Two-Hearted River,”, Hemingway wrote about his alter-ego protagonist, Nick Adams, and his literary future. “He broke the whole thing down and built the real thing. It was hell to do…He, Nick, wanted to write about country so it would be there like Cézanne had done it in painting. You had to do it from inside yourself. There wasn’t any trick. Nobody had ever written about country like that.”

As I mentioned, Hemingway deleted the section claiming to be “not articulate enough” to explain what he had learned. He was right: to us, it still is Hemingway’s secret.

A key takeaway from the passage is that Hemingway wished “to write about country so it would be there like Cézanne painted it.” It goes back to the point about true sentences and descriptions. When it comes to visual art, like painting, aspects like colour, depth, and focal point give art detail, specificity, and make them visually interesting. One way to interpret Hemingway would be to say that one’s job would be to accurately describe the things that make a painting interesting. So, if describing a painting of a forest, it would be insufficient to say there were numerous trees, even if the statement is accurate. Good writing would describe the different hues used, the positions of the trees in relation to everything else, perhaps a comment on the different styles and techniques employed, to make the description as close to the objective reality of the painting as possible.

Similar to how Hemingway uses the visual arts to inform his writing, many people have argued that listening to classical music can teach writers narrative structure. In short, the hypothesis states that the rise and fall of classical music teaches writers about, say, building tension or character development. 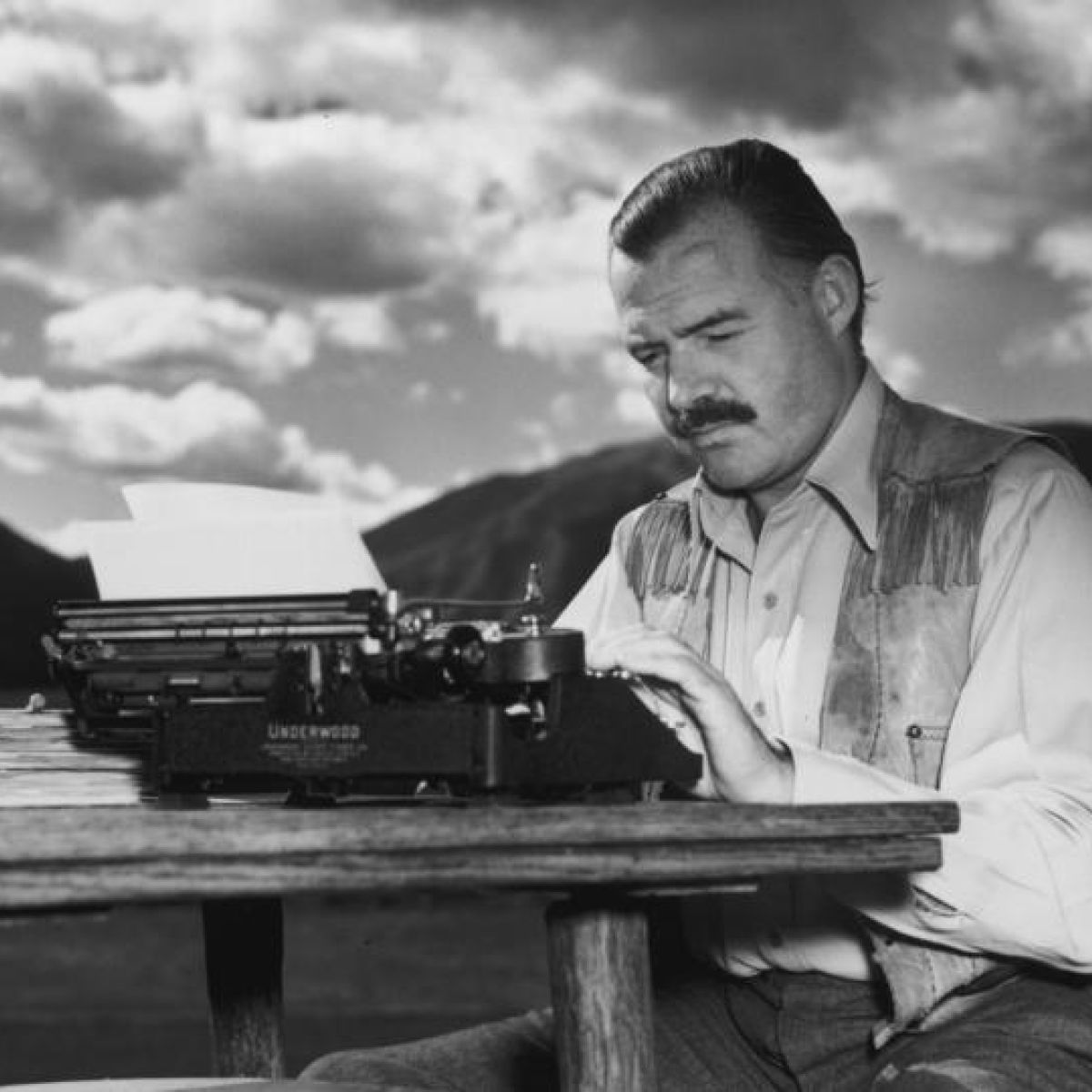 Photograph taken from The Irish Times article, The Letters of Ernest Hemingway (1929-31) – Welcome to my world

Back in second year, I wrote an essay for my Listening to Music course comparing the first movement of Beethoven’s Symphony No.5 to the battles of a war. In the essay, I argued that the change in dynamics or speed in certain sections or the use of certain instruments recalled warfare. I argued that the main phrase of the movement, the famous dun-dun-dun-duuuuuuun, was a sergeant who fought many battles with varying results. The phrase is repeated several times throughout the piece but with slight variation. By changing the rhythm, the dynamics, or the syncopation in different sections of the song, Beethoven made the music feel as if it were moving through time. In the essay, I noted how the changes in the music occurred gradually, things flowed into each other without being abrupt. Beethoven’s balance of loud dynamic sections and periods of softer, slower music, evoked emotions ranging from anxiety to loss.

A good story will follow a similar floor plan. Introduce your main character early and feature them regularly throughout the piece. The audience learns about the main character through their actions and their interactions with others throughout the story. There are high-energy scenes, like a battle, sandwiched between, perhaps, the intimacy of two soldiers in quiet conversation. What is important, as mentioned before, is subtle variation. If the main phrase were to be repeated over and over and over, the music wouldn’t be progress, it would repeat, as if in a loop. A visual equivalent would be someone walking in an unchanging scene where they don’t interact with anyone or anything, and where nothing interacts with them.

Classical music has long been used to accompany plays, ballets and movies for just this reason; music tells a story by the way it opens, unfolds, and finally closes. For example, music from the Classical era (1750s-1820s) was usually divided into four sections: An allegro in sonata form, a slow movement, a scherzo or minuet in a triple metre, and a closing allegro. So, in theory, if you know this formula all you need to do is fill in sections with the instruments you need for the story you’re telling.

But sadly, it’s not that simple. Experts and greats have a tendency to make complicated things seem effortless. They also tend to downplay the difficulty of said thing when they talk about it to non-experts. While people may say, “oh, it’s nothing, anybody could do it,” that doesn’t mean it’s easy to do or understand. Like flying a plane, knowing how to write well takes more than knowing the function of the buttons at your disposal. Yes, it’s helpful and possibly important to know the descriptive elements of visual art or the narrative flow of classical music when it comes to writing, but it is not enough to make one’s writing great. It’s up to you, the writer, to craft a piece with the right formula of structure and details. Let art inform and inspire you so that you can create your own.

Classical music has long been used to accompany plays, ballets and movies for just this reason; music tells a story by the way it opens, unfolds, and finally closes.

← Why is Cynicism So Prevalent? Dear Mac, →